Just five examples were built – and this one is heading to auction.

Before the American Motor Company was banished to the Island of Misfit Automakers in 1988, it was able to piece together a sports car worthy of world recognition. That car was the mid-engined AMC AMX/3. It was introduced at the Chicago Auto Show in 1970, and was designed by AMC, but assembled by Bizzarrini in Italy.

Though it never made its way to the production production line, a total of five concept cars were completed before the plug was pulled on the $2 million project. No one knows exactly where all five of those cars currently reside – but at least one will be hitting the auction block in Arizona as part of the Gooding and Co. Scottsdale sale next month.

Wearing a handsome copper finish and all its original fixtures, Gooding and Co. estimates this particular example could fetch seven figures when it crosses the block. Under the hood is a 390-cubic-inch V8 paired to a four-speed manual gearbox. When tested at Monza, it was able to surpass its original estimated top speed of 160 miles per hour (257 kilometers per hour) thanks in part to Dick Teague’s super slippery design. 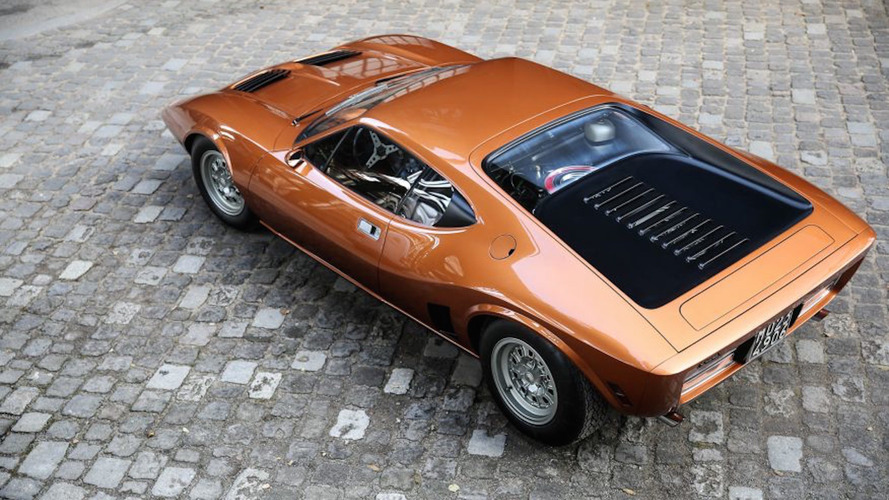 Though production initially called for 1,000 examples to be built, sadly, just five came from the Bizzarrini factory in Italy. U.S. Government bumper regulations were to blame (seriously). This one is an early example, being a 1969 model, has seen a few different owners in its lifetime. It was first sold in 1971 to Jerry N. Warden of Indianapolis, Indiana, who eventually passed it down the line to four different owners, the last one purchasing it in 1989.

Since then, it’s been exhibited at a number of different concours events around the world, including Pebble Beach twice, and even the Concorso d’Eleganza in Italy in 2015. Given its rarity and its drop-dead-gorgeous good looks, Gooding and Co. estimates it could sell for anywhere between $900,000 and $1.3 million. If it does break the million mark, it would be the first AMC car ever to do so.