Driving is a major pain at times, and some of its hassles aren’t always easy to joke about. We’ve all had our share of bad experiences. Perhaps, you missed out on a party or a long-awaited appointment because you were stuck in a massive traffic jam, having to deal with some drivers you wish could fall off the face of the Earth. Or maybe your mechanic gave you a bill that left you scrambling to find the money to pay for it. But it’s easier to laugh about it as time passes. We’ve found a bunch of funny car memes out there that sum up every feeling you’ve ever had if you’ve been a driver long enough.

1. Getting cut off – especially when there’s no rush

It’s one thing when some dummy weaves through traffic, cutting you off just to get to their destination a few minutes earlier. But it’s something else when they do so, only to slow down in front of you. It’s like running for the bus, then deciding not to get on. Why do that? Apparently, some drivers think it’s a cool or logical thing to do. Whatever the cause, few experiences frustrate drivers more than being cut off for no obvious reason, other than what seems like an attempt just to annoy you. The simple fix, of course, is to change lanes and move on, but we still have to question why drivers even bother to cut you off when they are in no hurry.

2. Fools who don’t clear their cars of snow

We get it – it’s 7 am, minus 15, and you’d rather be buried under your blanket. But seriously, to all you drivers out there who drive around with snow covering your windows like frosting on a cake, what gives? Does your car have radar? Even planes and boats, which are radar-guided, have windows so their pilots can actually see! Seeing drivers do this is so infuriating, because they trigger the mental images of car collisions with someone else, an occurrence they could prevent if they just used some common sense. But as the expression goes, “common sense is not so common”, and that means we can expect to see snow-coated cars every winter.

Nature is unforgiving. Not only does it mess with our bodies, it likes to ruin our cars. Think of all the times a seagull number twoed on your car not long after washing it. Although there’s a science to why birds like to target shiny, colourful cars, it’s still annoying and disgusting. It’s not the worst thing that can happen to your car, but it is a bit embarrassing when someone else (perhaps a date or stranger) points it out to you. Until cars have force fields or some kind of self-cleaning sprays, we’ll just have to clean up after the birds.

4. Getting called out cause you can’t drive stick 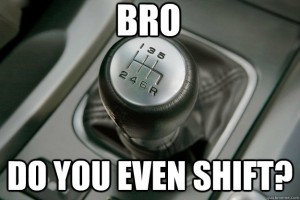 Whether it’s out of insecurity or actually having superior driving skills, drivers of manual cars love to roast those who stick (excuse any puns) with their automatic trannies. The stick-shifters love to downgrade the abilities of those who can’t drive manual. There are benefits of driving a car with manual transmission, but technology is changing so that automatic cars will share those advantages. So will attitudes change too? Maybe. The thing with stick-shifting is that it’s one of those skills which give drivers the right to brag. But hey, at least there’s some consolation for you automatic people out there – automakers are making fewer manual cars, meaning there’ll be less people to harass you in the future.

5. The burden we call insurance

Okay, so you wouldn’t drive away from the scene of a crash if you were involved, but we understand why some people have 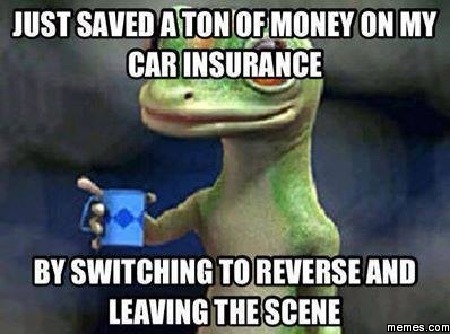 the impulse to do so. Insurance quotes hurt. If you live here in Ontario, you will pay more for insurance than everyone else in Canada. And if you already have convictions or accidents on your record, don’t expect much leniency from the insurance companies. Even those that have accident forgiveness, may still have hidden clauses that can ding drivers in the long run. Who knows, we might only see a break when self-driving cars hit the roads. But the insurance companies might find loopholes around them too…

You’ve probably looked under the hood at some point or another. If you’re not mechanically inclined, checking for a particular part probably felt like learning a new language. Maybe you tried to fix an issue someone pointed out either with the hope of saving money, or because they told you that anyone could do it. Of course, going to the mechanic would have been better. Even for those of you who are grease monkeys, tampering with an engine in a newer car is confusing as ever. It’s as if auto makers are trying to kill DIY auto repair for good. With all that said, don’t look down on yourself if you’ve struggled to repair your engine – even the most gifted mechanics get stumped at times.

How often do you merge onto a highway, immediately finding yourself nestled behind someone’s bumper? It’s the bane of any driver living in a city. There are plenty of numbers that show how much time is wasted in traffic, and how damaging it can be to our health. Unfortunately, the only solution for some of you is to make the best of your time spent on the road. That may lead to productive or entertaining habits for some of you, however, such as listening to an audiobook or a newly released album. Again, we might just have to wait until driverless cars become the norm, so that we can all take power naps or play video games while we “drive” to work.

Sure, a driver who adds ridiculous car mods to their vehicle isn’t really hurting anyone, but they probably give rise to a lot of head-shaking. Think about the stereotypical street racer, with its high spoiler, ground-scraping suspension, and deafening muffler. It looks cool when you’re 18, but then people grow up and then you start to see that it isn’t the smartest thing to do. You might even cringe a little when one of these cars passes over a speed bump. However, if you have a good sense of humour, the sight of these rides can be the target of your jokes if you have some.