Hiding in a garage in Southern California is a highly optioned all original one family owned 1971 Camaro Z/28. It started life in Canada, traveled across Europe and then ended up parked in this California garage, where it still rests today waiting to be revived. If you were drive by the garage and see it with the cover and all that junk on it, you might not even give it a second look, but scroll down to see what you would have missed! 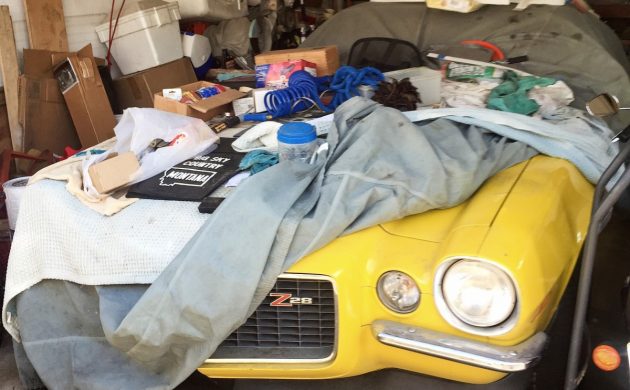 I won’t lie, I’m beyond jealous of reader John K! This Z/28 was purchased brand new by his father. After driving and enjoying it for about a decade, which included a trip to Europe, his dad drove the car down to California from Canada and parked it in this garage. It’s been there ever since, but John’s dad recently transferred ownership of it to him. John has plans for reviving it soon! He thought we might enjoy seeing it before he extracts it though, and I for one am glad that he sent it in.

From John – Actually, my father purchased it new Toronto, Canada off the showroom floor, where it spent its life from 1970-1978 before he drove it to Orange County California.  In 1976 he actually had the car shipped to Europe and drove it all around Europe including the Autobahn and all the way down to Southern Greece, to Athens and then the car was shipped back to Canada. 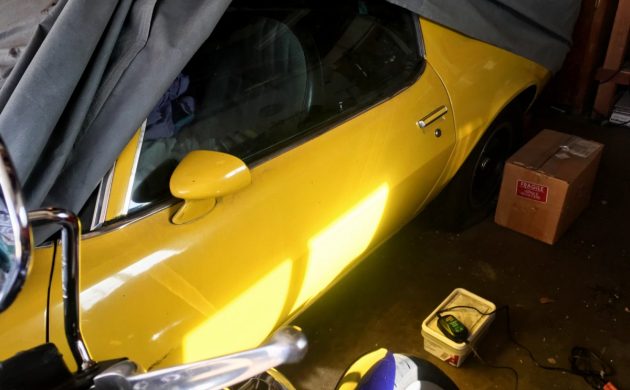 He is still alive and kicking and remembers everywhere and everything about the car. It is all original except the air cleaner for carb and the addition of oil pressure gauge in the dash.  Its mine now and I have not yet had the time to tackle it and pull it out of his garage here in Southern California, but will be doing so soon later this year. 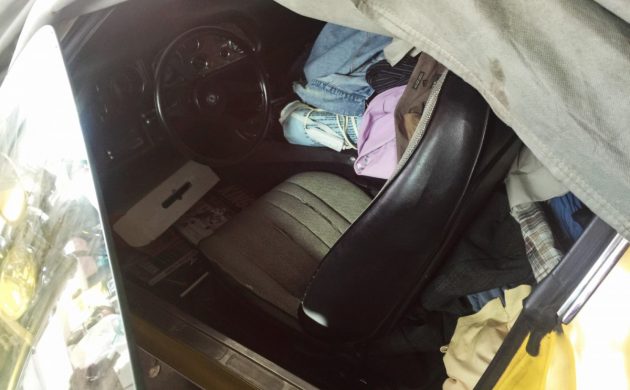 It features the LT1 350 with the 4-speed manual, Hurst and houndstooth interior.  The only option my dad did not opt for was the rear disc brakes.   I have all the original pictures and paperwork and warranty cards. 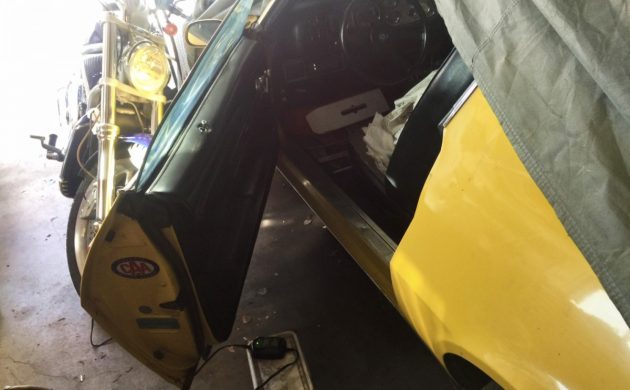 There’s definitely some work to be done here, but overall, this Camaro looks to be in great shape. Clean out the interior, install new seat covers, perform a full tune-up and I bet it will be ready to hit the street! I truly hope that John will keep us posted on his progress as he revives this Z/28. If it were parked in your garage, what would you do with it?