Although the 840-hp (on 100 octane race fuel) 2018 Dodge Challenger SRT Demon has been blowing up the internet, another high-powered American muscle car was also introduced at the 2017 New York auto show. Florida-based Trans Am Worldwide revealed the 1,000-hp Trans Am 455 Super Duty this week. Just 50 examples of the 455 Super Duty will be built.

Where previous Trans Am Worldwide cars were based on the fifth-generation Chevrolet Camaro, and GM’s Zeta chassis, the new Trans Am 455 Super Duty is the first model built around the sixth-gen Camaro and the lighter Alpha chassis.

Trans Am Worldwide says the engine is built in conjunction with an unnamed premier NASCAR engine builder from Martinsville, Va. A quick Google search suggests it could come from Arrington Performance owned by NASCAR racer and team owner Joey Arrington.

“The new model is a complete redesign that features sleek body lines with masculine proportions and traditional retro styling,” said Tod Warmack, co-founder of Trans Am Worldwide, in a release. “We are also offering optional glass T-tops this year but perhaps the most notable element of this historical accomplishment is that we now join the ranks of an exclusive few who offer a 1,000-hp performance package in a production vehicle.”

Like the previous car, the exterior of the Trans Am 455 Super Duty is styled after the Pontiac Trans Am of the 1970s, but features lots of carbon fiber body panels including the front fascia, shaker hood and scoop, carbon fenders with heat extractor vents, rear fascia, and decklid. Other redesigned exterior bits include custom fascia grilles, a side ground effects package, and unique taillights. A custom painted graphics package includes the “screaming chicken” hood decal, and fender and rear spoiler details. T-tops are optional. 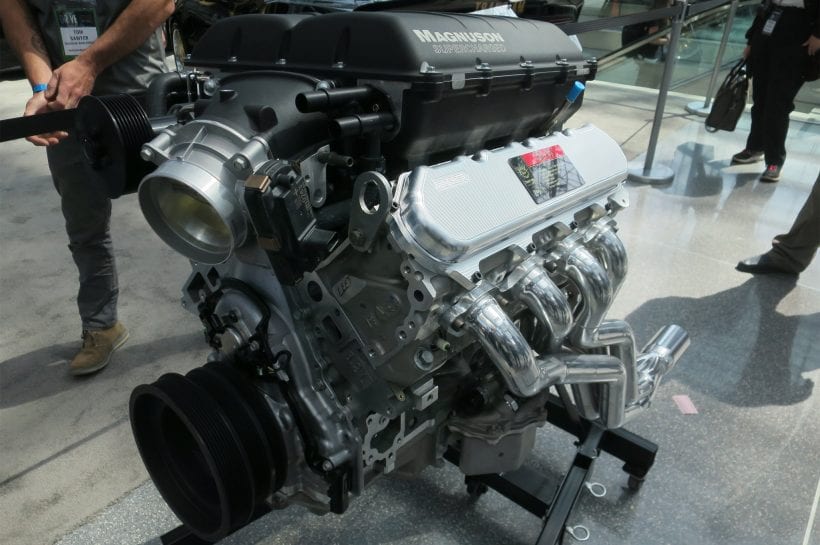 For the fifth-gen Zeta-based finale, Trans Am Worldwide built the black and gold Bandit Trans Am Tribute Car signed by Burt Reynolds himself. The car, which paid homage to the cult classic film Smokey and the Bandit, was limited to just 77 examples. Power came from a supercharged LSX 454-cu-in V-8 engine cranking out 840 hp and 790 lb-ft.