A story appeared on Facebook recently with some fairly dramatic photos showing a river rescue of a Russian-built GAZ-A truck. The GAZ-A was a shameless copy of the iconic Ford Model-A, and this one was used in WWII as a weapons carrier. Based on a few isolated translations, it seems the truck fell through the ice in winter and was recently brought to the surface for restoration. 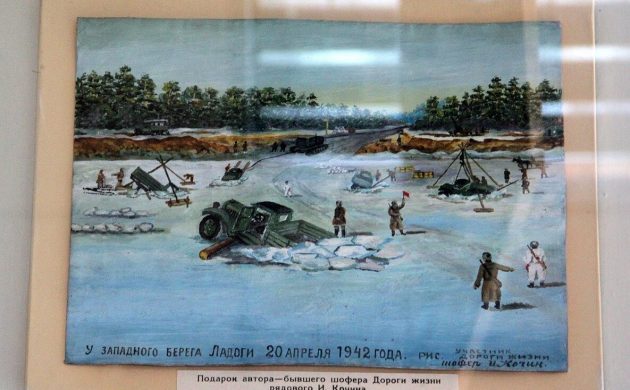 When I say shameless copy, there was no forgery afoot: Ford and Russia had a business agreement to provide Russian factories with assemble-it-yourself Ford vehicles. With Russia’s weak economy and lack of manufacturing infrastructure, the partnership with Ford kick-started their auto production industry. This illustration appears to show the fate that befell the truck in 1942. 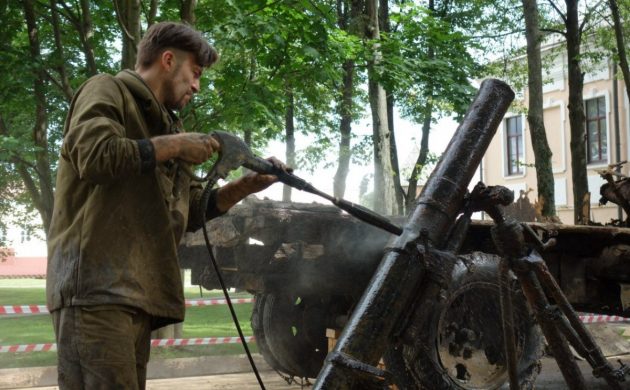 The details on what led to the rescue and the exact history of the GAZ-A are limited at best (at least at the moment) but photos show the team involved in its restoration attempted to preserve as many original details as possible. Here, a mortar that resided in the truck’s bed is pressure-washed, while other photos show pain-staking efforts to preserve the wood-slat bed sides. 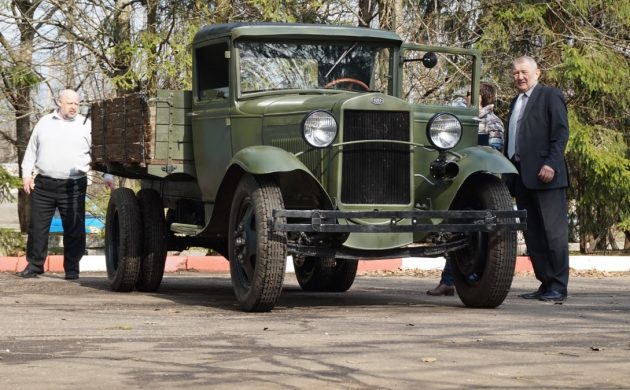 In restored form, you an see how the restoration team married the original wood bed with new portions (where the original wood likely couldn’t be saved after decades under water.) While the cab had to be reconstructed, it appears they saved the engine, wheels, and bumpers. Overall, this is one to just sit back and enjoy, as this old girl has the chance to ride again.