Scroll through Havana’s Instagram geotag and you’ll see countless photos of colorful cogs. The streets of Cuba are teeming with 60,000 classic American cars and it’s an iconic experience for the islands visitors.

A majority of tourists can tell a story about riding down the malecon in a hot pink Chevy Belair or driving through Havana city center, and a baby blue Cadillac, but how do these classic cars get there and more importantly why did they stay? 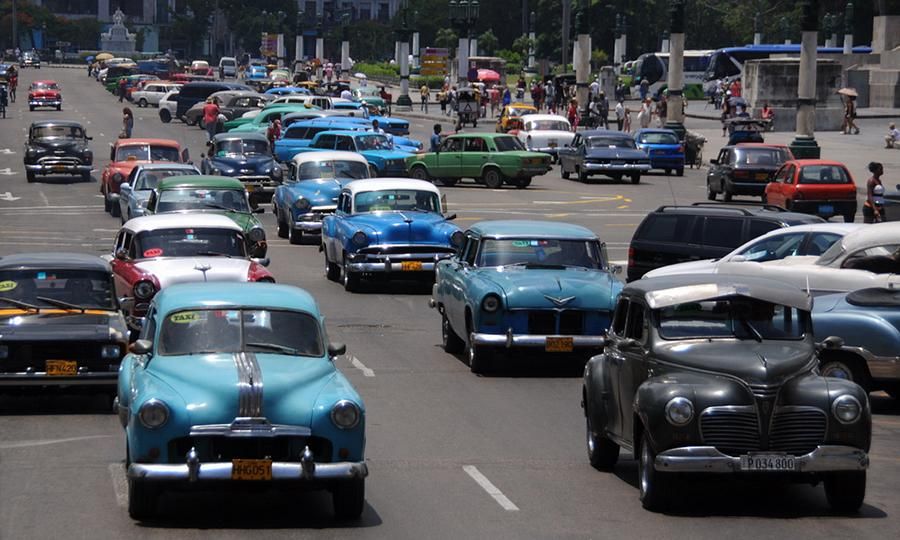 In the 1940s and 1950s Cuba had a strong urban middle class and this class had a passion for American cars. Cuba imported over a hundred and twenty five thousand American cars and at one point Havana was considered the Cadillac capital of the world.

Shortly after Fidel Castro came to power in 1959 a ban was placed on imported cars and car parts. American tourism to Cuba came to a halt and one point four million Cubans left the country leaving behind their families homes and cars. These abandoned cars were passed on to family or friends and became prized possessions with owners, who are willing to do whatever it takes to keep them on the road. Cubans turned to their ingenuity parts from tractors or lawnmowers became makeshift engines and shampoo turned into brake fluid.

The cars are a symbol of hard work but they’re also a source of income a Cuban driver can make more in an hour than a Cuban doctor makes in a month.