UPDATE – Not quite a year later and Victor finally has this E-Type done! It turned out beautifully, so if you’d love to see the finished product, you can see it below!

FROM 11/09/2018 – Reader Victor L recently sent us the story of his barn find and it’s a cool one. While it’s not Shelby GT350H, it is a beautiful Jaguar E-Type Roadster! He found this car in a barn in Upstate New York with cardboard covering it back in 2004. The owner was interested in selling it then, but Victor passed as he already had a Jaguar E-Type. Well, over 10 years later and the car was still on his mind. He randomly stopped by to see the car again and ended up buying it! 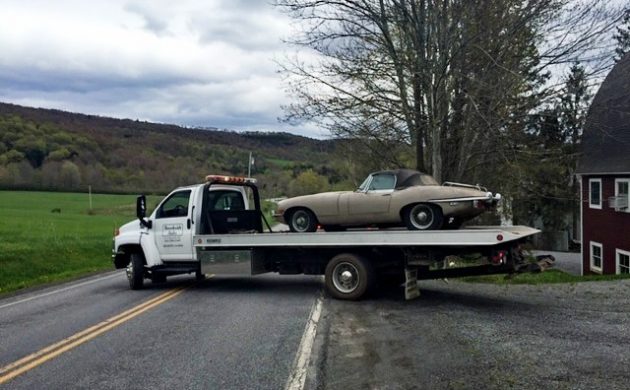 Here’s Victor’s story in his own words:

I first saw the car in 2004 when I was looking at barns upstate. The car had been in the barn for at least 5 years by then. The owner bought it in 1971 and had driven it until around the mid 90’s when he moved upstate to retire. He was an ex-aircraft carrier engineer and had done some “tinkering” with it and then stopped driving it because of various mechanical problems. I already had a 1969 S2, but the thought of restoring this one was always at the back of my mind.

On a whim, I stopped at the barn last year and it was still there under the cardboard! I decided to buy it, and have been working on it since. Here’s the work that’s been done so far.
Replaced: Points, plugs, condenser, master brake cylinder, front brakes, headers, and complete exhaust system, light switches, tires, fuel pump, fuel filter, radiator (not yet installed), thermostat, hoses, wipers. Fixed the cylinder head compression, moved the mice out of the air filter and rebuilt the triple SU carbs as well as the original steering wheel. It did finally run, but overheated, hence the new radiator.

Hopefully, that should be all for now and it goes to the body shop for a respray later this month. The body is solid with only surface rust, and I have been able to resurrect the chrome. The plan is to get it back by January and spend the rest of the winter detailing and fixing any other problems. 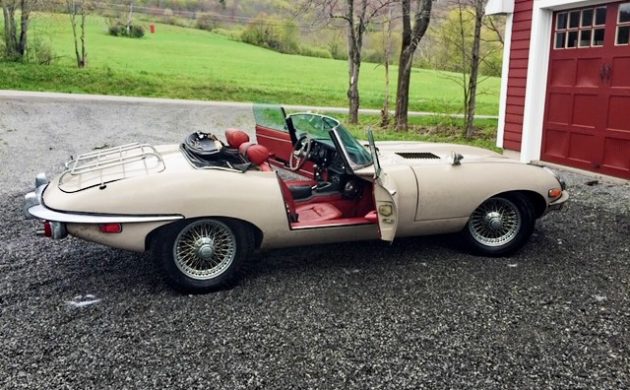 I for one can’t wait to see this car once the restoration is completed! You don’t see too many in this color combo, so hopefully, Victor is going to be repainting it in its original color. I look forward to seeing photos of it come spring!

Victor didn’t like the color the car originally was, so he had it stripped down to the bare body and prepped for a full-color change.

He decided to have it painted British Racing Green and it sure looks great with the red interior! Honestly, you really can’t ever go wrong with BRG on an E-Type. 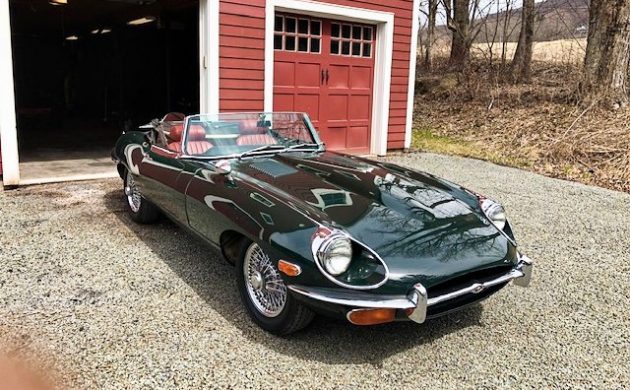 Do you have a cool barn find sitting in your garage?