This story starts in April 1964, when Alan P buys his very first car from Verner Cadby Ford in New Jersey. He purchased a new 1964 Ford Falcon Convertible from the dealer, with his parents at his side. He spent the next few summers driving the car and then takes it with him when he heads off to college. He continued to drive this car after college and eventually started a family, with a wife, three boys and this Falcon. As time goes by, he drives his Falcon less and less. Finally, in 1982 the car gets parked in Rutherford, New Jersey, at his mother-in-law’s house. Unfortunately, he and his wife get divorced and then the car was given to his oldest son James. It was signed over on October 30, 1996. James, unfortunately, had to leave it outside. Eventually, his brother Keith decides he wants to restore the car for their father, as Keith has lost contact with him. Keith titles the car for restoration on November 25, 2016. Keith arranges transport to Texas and the car arrives on 12/12/16 to Newman’s Auto in Conroe, Texas. 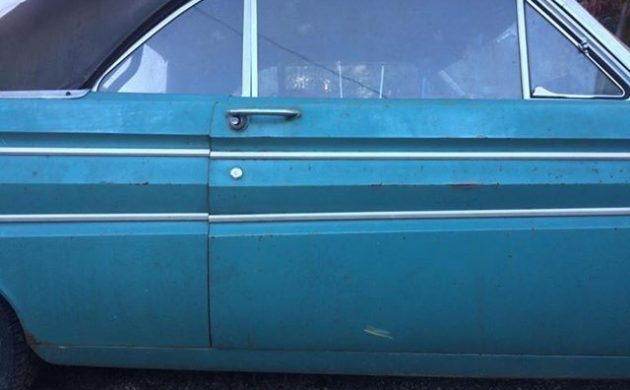 Newman spent plenty of time pondering how exactly to restore the car that sat outside for so long. At that point, it was rusted through in the inner rockers making it so that the doors wouldn’t close and the unibody structure was sagging several inches. In addition, the floors, rear fenders, and trunk had major rust and the car was not safe to drive. So the restoration began with a great welder and dreamer named Ray. He spent almost a year working his magic, welding in floors, braces, a new trunk, and lots of other parts. During this time, Newman’s Auto went about rebuilding the engine, the transmission was sent out for a complete rebuild, and the carb goes to a carburetor expert. 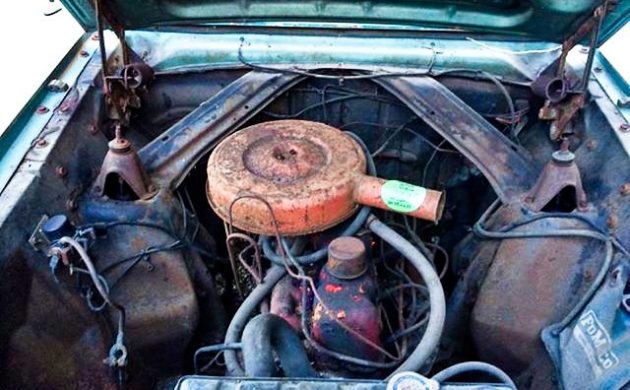 Eventually, the body is returned to Newman to work his mechanical magic. Newman starts with returning the engine and transmission to the engine bay, connecting new hoses, belts, radiator, alternator, fuel pump, plugs, and wires. A new Master cylinder, brake lines, new brakes components, new gas tank, and new tires are mounted. Newman and his great team restored all the mechanical parts. The car then went to the upholstery shop for a new black convertible top. Then back to Newman’s for the next step, which was to replace the interior with new door panels, door handles, window cranks, carpet, seat belts, and the original seats went back in the car. The car then had a new hood ornament and side mirror-mounted. Final touches to the car were done, with an antenna, dog dish hubcaps, and wipers to finish the project off. The paint was left original, as the bumper still had the original college parking stickers from the 1970s. 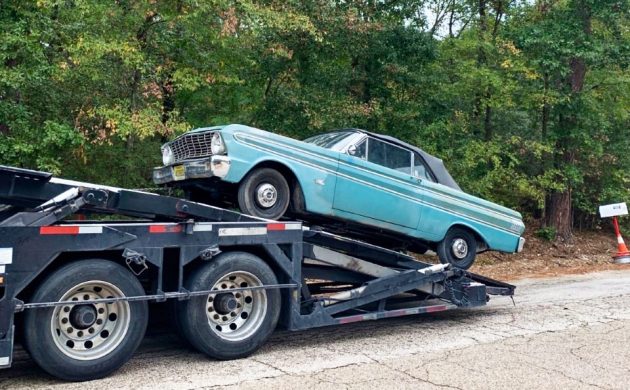 The car left Texas on 9/17/19 and arrived in New Jersey on 9/22/19 for Keith’s approval, Keith will drive to upstate New York where his father has retired. He has not spoken to his son in many years. Keith will knock on the door and tell his dad to come out and take a ride in his dad’s very first car to rekindle the father and son relationship that lost all those years ago. 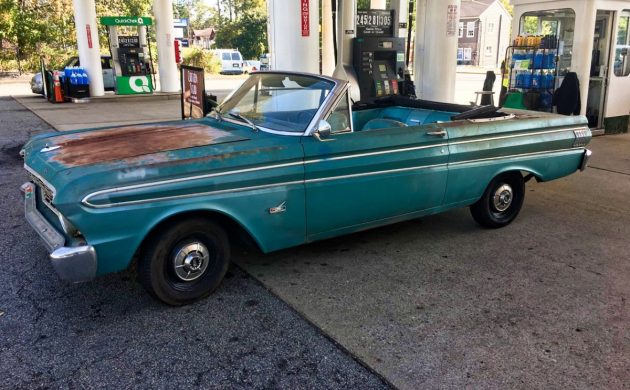 The picture of the car is the first time getting gas back in New Jersey after 39 years… And also Keith took the car to the dealer and took a picture last Sunday in front of the dealer that sold his dad the car in 1964. What a great story… I hope to see his dad cry with excitement when he brings the car… Stay tuned to find out how this journey turns out…